Oceanside has many distinct neighborhoods, each with a unique character. The older coastal neighborhood, west of I-5, has everything from condominiums and apartments to smaller houses and luxurious ocean-front Oceanside homes at relative bargain prices. New row-style beach homes are going up everywhere and have really transitioned downtown Oceanside into an upscale residential community.

Going east, you'll find a transitional area of homes and older retail strip centers, built in the 1950s and 1960s. This region gives way to the inland suburban neighborhoods, which are exploding with new, affordable housing. The median Oceanside home price is only two-thirds that of Carlsbad or Encinitas.

Lots of affordable land has spawned new subdivisions in eastern Oceanside making the dream of owning Oceanside real estate come true for young families and retirees, alike. New Oceanside schools and shopping malls are springing up at every corner. Here you'll find a vast collection of "big box" stores such as Walmart, Target and Best Buy.

The area around Oceanside High School was, along with the neighborhood around San Diego High School, the site of the first Samoan communities on the U.S. mainland.

The other school, Louise Foussat Elementary School, located on Pala Road, is built on 12.6 acres of land with 35 classrooms totaling 54, 490 square feet and can accommodate 800 students. 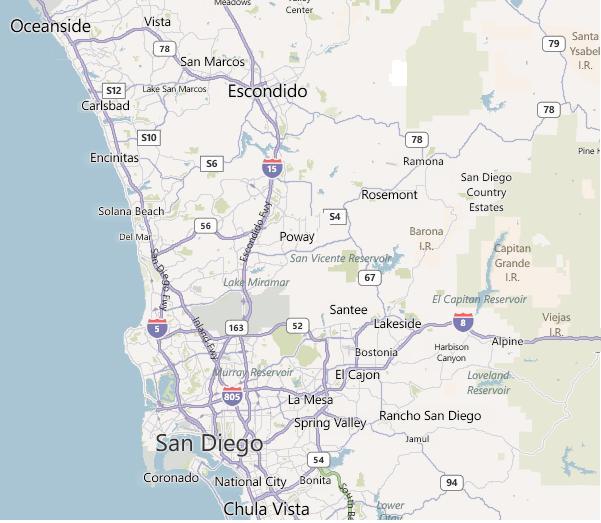