I love to talk to my Uncle George.  He has all these strong opinions.  Unfortunately about half of them are totally wrong and the other half are only partially correct.  He doesn’t understand demographics.  Numbers and trends create pressures that end up changing the facts which become our history.  Can we look forward and predict them?  Actually we can.

On the chart below you can see the decade jump in the 1970s and the trend line from 1995 to the present in RED.  We are currently below the trend line - translation - homes are a good value NOW.

Uncle George thought the automatic transmission was a communist plot to build a generation of weak left-legged Americans.  He also says it will be fifteen years until the economy recovers.  Boy, is he going to be surprised at what happens next.  Here come the Millennials! 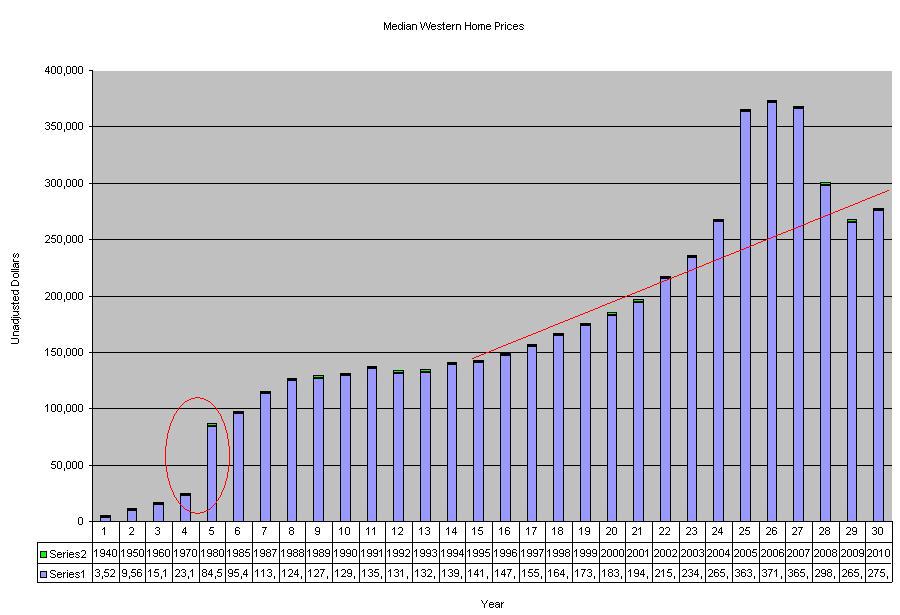